The new site of one of New Zealand’s oldest fire brigades was officially blessed yesterday. 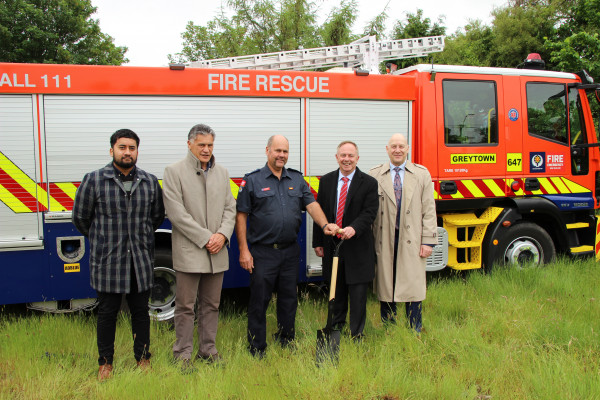 The site for the new Greytown Volunteer Fire Station was blessed by Herewini Ammunson on behalf of local Iwi, with Fire and Emergency Board Chair Paul Swain and CE Rhys Jones also in attendance

The old station, which has housed the brigade since the early 60’s, was deemed no longer fit for purpose and discussions on a solution for a new station have been underway for a number of years.

Chief Fire Officer, Stephen Meyrick, said the 26 volunteer members and six operational support officers were looking forward to their new home, which will be on Main Street in Greytown. “Our current station was never designed to have two trucks coming in and out of the station so we’re over the moon to be getting a new modern station that will allow us to continue to support our local community.”

While the new station is built, the Greytown Volunteer Fire Brigade is temporarily located next to the old station.

“It’s an exciting time as we move forward on the rebuild of the fire station. The project has an estimated 12-month construction period and will be a great home for the dedicated brigade, who have been very understanding from when we first initiated the project,” says CE Rhys Jones.

“I want to thank the local brigade for their continued commitment to their community and hope they enjoy their modern new home once the construction is complete.”

This station is funded as one of the Government’s “shovel-ready” projects. 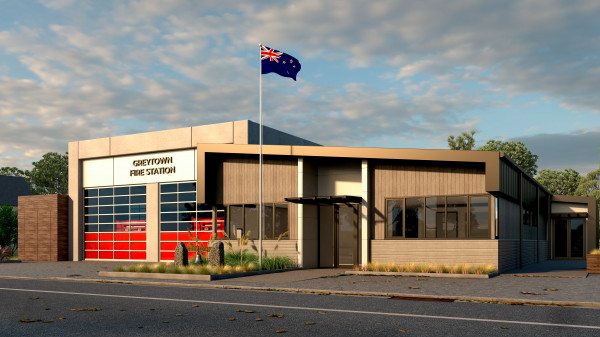 View of what the new station will look like